We Value Your Support!

As a nonprofit, Anchorage Concert Association depends on community support. The cost of bringing "inspirtainment" to our community grows every year and ticket revenue covers only about 80% of our budget. The largest part of our community support comes from people just like you who have chosen to invest in the performing arts right here in Alaska. 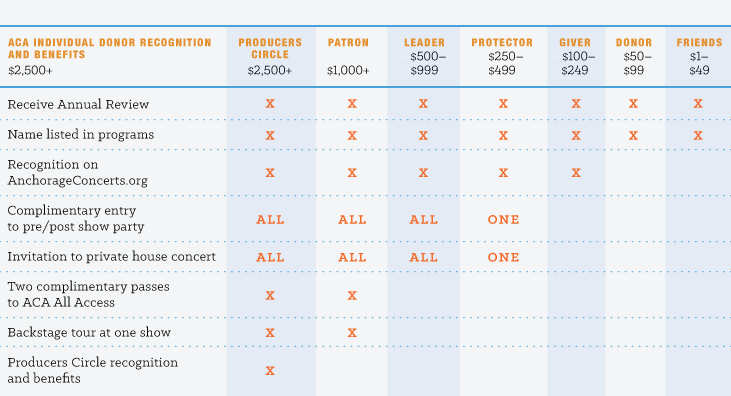 Anchorage Concert Association invites you to invest in the performing arts right here in our community with a Producers Circle gift. You'll be part of Alaska's show business history, supporting inspiring entertainment for years to come. In recognition of your fgift, you'll receive a customized experience catered to what you value most about live performance in Anchorage. Below you'll find just a few options available to Producers Circle contributors.

The following companies are known to match their employees' charitable donations.