Songs of hope and truth at Hiland 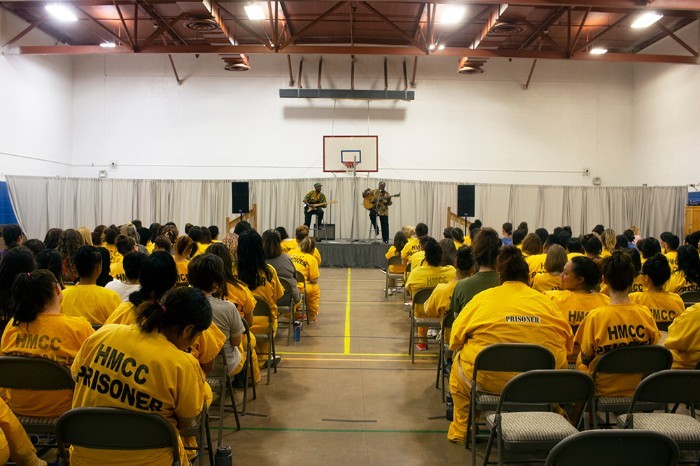 "I would have never imagined finding this type of opportunity in a place like this.”

Vusi Mahlasela has serenaded listeners around the world. Known as “The Voice,” he’s performed at the World Cup and Nelson Mandela’s inauguration, and shared stages with Dave Matthews Band, Sting, Paul Simon and Josh Groban.

“Wherever that spirit sends me, it is for a purpose,” he said, standing in the gym at the Eagle River prison Oct. 11.