Learn why Cabaret is still relevant after 50 years 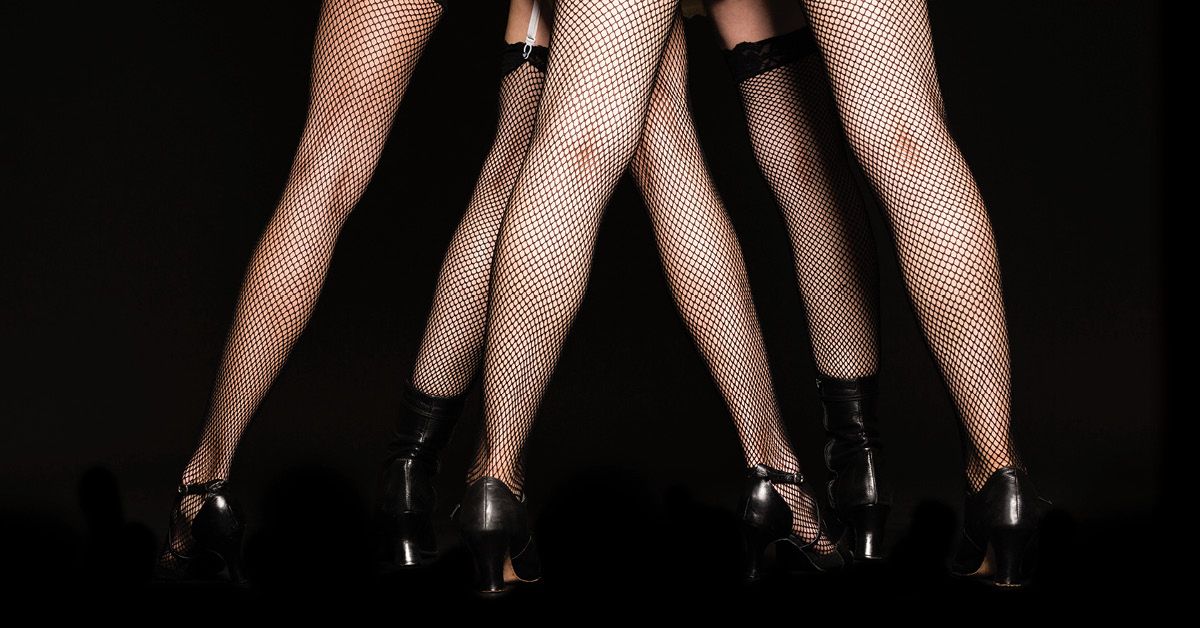 We got to chat with the director and producer of Cabaret, Andy Ferrara, about what Anchorage audiences can expect, the differences between the movie and stage version, and why this musical is still relevant after 50 years.

What can Anchorage audiences expect that they may not have experienced before?

We’re really excited that Joey McIntyre is playing the role of the Emcee in our production!I think Anchorage audiences are in for a huge treat from this talented and versatile performer. We all know Joey from the group, New Kids on the Block, but a lot of people may not realize that he’s also a very accomplished film, television and stage actor.He’s going to blow people away with his performance.

What do you love about this show?

Besides incredible songs and musical numbers, the show has something for everyone – humor, drama, a love story – and it’s all wrapped up in this unique world of pre-World War II Berlin. I love the juxtaposition between the fun and frivolity of the Kit Kat Klub and the growing menace of the outside world that’s threatening to intrude.

Why have cabaret-style tables?

The cabaret-style tables are a great way to more fully integrate audiences into the world of the Kit Kat Klub. We want people to feel like they’ve been transported from 2018 Anchorage, Alaska to a pre-World War II Berlin nightclub. The tables on stage help bridge that transition and break down the fourth wall separating the viewing audience from the events on stage. The audience members who have purchased the cabaret table seating are going to have an amazing experience with better-than-front-row views on the action!

How does the stage version differ from the movie?

There are several differences between the movie and the stage version of Cabaret.Most significantly, the movie focuses on two entirely different subplots and secondary characters versus the stage musical. Additionally, Bob Fosse, the director of the movie, made the decision to remove all the show’s “book numbers” — that is, songs that come out of nowhere in which all the characters suddenly know the choreography and sing their feelings in rhyme. He kept in only the “prop songs,” the ones that can be sung realistically in the context of seeing a show at the Kit Kat Klub or at a sing-along in a beer garden. Gone from the movie is the emotional inner dialog of our characters as expressed in song outside of the Kit Kat Klub.

What does the “1998” revival mean? How has Cabaret evolved over the years?

The 1998 revival was a brilliantly reimagined version of the musical, which borrowed from both the original stage production and the movie adaptation. The revival’s director, Sam Mendes, added an enhanced level of realism and poignancy to the new production; most notably in the form of the Emcee character, who became less of a marionette-like caricature dressed in a tuxedo to a more menacing and sexualized presence. While the revival stuck with the original’s subplots and characters, Mendes did add two songs that were written specifically for the film adaptation (“Mein Herr” and “Maybe This Time”) to the score of his revival and removed the song, “I Don’t Care Much,” which was in the original. In a sense, the 1998 revival is the best of both worlds – taking what we all know and love from the original show while incorporating some of the popular material from the movie.

Why is it important to see Cabaret today? How is the show still relevant after more than 50 years?

Cabaret has an incredibly poignant message that’s truly timeless. It’s about love in the face of adversity. It’s about the toll intolerance takes on lives. But it’s also a joyous celebration of life even when the outside world may be falling apart.

The Emcee is a mesmerizing, strange character, yet also so iconic.What does this role mean to you?

In essence, the Emcee serves as the Greek chorus; commenting through song and performance on the actions of our characters.He breaks the fourth wall frequently throughout the show and speaks directly to the audience to help move the story along. In a way, he’s our access point into the lives of these characters and the world of the Kit Kat Klub and many of his songs are direct or indirect comments on the proceedings. With the more fully realized version of the Emcee from the 1998 revival, our window into this world becomes that much more poignant and moving.

What do you hope the audiences will take away?

I think there are times when we all want to escape the drama and negativity of the real world and go someplace where we feel safe, happy and entertained. Like Sally Bowles sings, “What good is sitting alone in your room? Come to the cabaret!”